…they just end up in antiques stores.

I spent a bit of time wandering the cluttered aisles of one of the local antiques emporiums over the weekend. Here in semi-Upstate New York we have many of these, mostly catering to the clueless city dweller who will mindlessly overspend for some kitschy reminding of their weekend in the “country,” as they see it. Nonetheless, there are sometimes interesting tidbits to be found. Amid the countless pieces of tasteless 80s decor, cheap glassware sets (invariably with an odd number of pieces), and items that make you wonder why anyone purchased them in the first place (like the dolls that are instantly creepy or the seriously shiny pleather coat in a color not found in nature), one occasionally stumbles across a camera or two.

This trip found a few. A Brownie Hawkeye with original box was there to be had, as were a couple of other similar box cameras. They always look nearly new, but basic function checks often suggest internal issues; these predictably were not in perfect working order, and getting film is a problem for some as well. A few various plastic autofocus point-and-shoots were scattered about, but it’s hard to even notice them. I’m sure the day will come where they’re worth substantial sums and are considered “vintage,” but that day has not yet arrived. There was an old and tired-looking folding “pocket camera” of indeterminate age. As much as I like the concept, I haven’t worked my way far enough back in the vintage camera world to embrace per-war folders. I didn’t even bother to open it up.

My eye fell upon an unmarked black vinyl case. Given the size and shape, it was probably a 1960s-era rangefinder. Pulling it out of the case confirmed my initial impression – it was, in fact, one of the most common of that genre, a Canon Canonet QL-17 GIII (a name that somehow manages to be overly complex and mind-numbingly dull at the same time). The shutter speeds seemed OK, as did the aperture settings. The viewfinder was reasonably bright, and the rangefinder seemed calibrated. The lens dials worked smoothly, and the glass itself was fairly clear. I didn’t bother checking the meter, as the battery (if there was one in there at all) was surely dead, and I usually shoot with manual settings in any case. The light seals were shot, and the fold-out rewind handle was missing, but the basics were there. Knowing the reputation of the Canonet as a solidly-built, reliable camera, and given the fact that this one was actually working (stuck shutters are common), at $68 (originally $85, but that case was 20% off) I was tempted. But not tempted enough. As appealing as that 40mm 1.7 lens is to me – I don’t have a camera with that sort of low-light capability – I was a bit put off by the missing part, and the price seemed a little high. Plus I’ve already got a bunch of old cameras. So I walked out, figuring the camera is not likely to go anywhere anytime soon should I happen to change my mind.

It’s a shame. All those cameras sitting there unused, some probably never to be used again in their intended purpose. They may end up as accent items for an interior designer, or gifts for someone who won’t use them (“Hey, let’s get this for Phil – he’s always carrying a camera around!” (Never mind that it’s a DSLR)), or simply souvenirs for those clueless city dwellers up for a day in the country. They deserve a better fate.

I have been utterly and completely remiss in posting anything over the last 18 months or so, partially because I haven’t had the urge, partially because I haven’t been doing as much photography, and probably a few other reasons. In a vain effort to redress this failure, I’m posting a few shots from this past year (along with some comments) in the hope that it may spur me to start taking more pictures and actually posting them from time to time. Please note that some of the scans are not great, dust being the biggest issue; I haven’t had a chance to go back and rescan selected shots at higher resolutions and with more care.

First, a few from my FED-2. I have to say, the more I use this camera, especially with B&W film, the more impressed I am. It’s really quite nice to handle, and the results are often good (in spite of my frequent displays of ineptitude), but the most appealing part of the camera is the utter simplicity of the shooting experience. There’s no meter, there’s no zooming, there’s no beeping or flashing; just set and shoot.

The B&W photos are on Tri-X, while the color image is from a test roll of Lomography’s Redscale film. Nothing more need be said about Tri-X; it’s the standard for 400 B&W film as far as I am (and a lot of other people are) concerned. The Redscale is interesting to play with, but it’s finicky and needs to be slightly overexposed to work well; it is most definitely not what I consider an everyday film option. 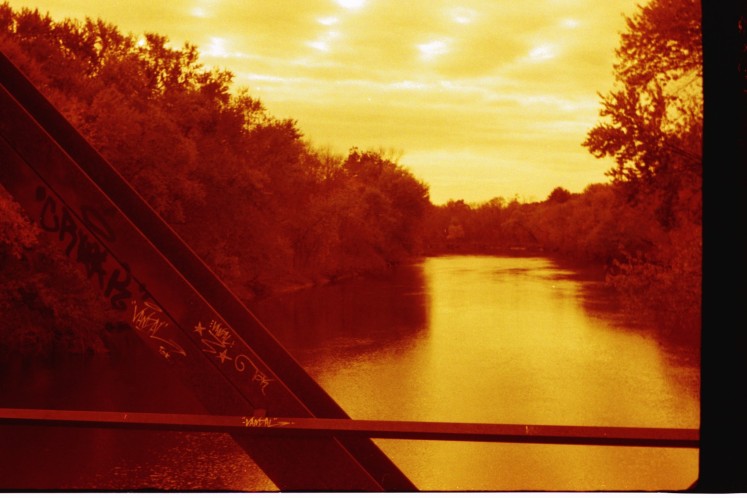 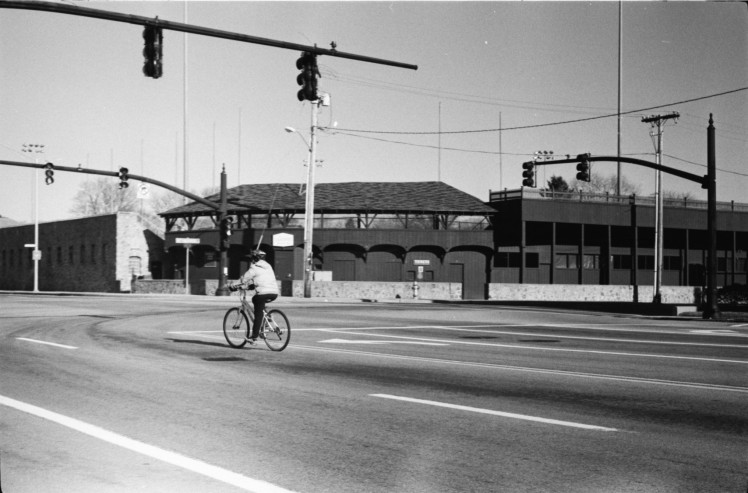 Now a couple from a much more modern camera, my Pentax SFX. It’s quite interesting to contrast the shooting experience with these two cameras in similar circumstances (as you may have guessed, the racing photos were taken on the same September day at Lime Rock Park in Connecticut). The Pentax, which I had set for manual focus and aperture priority shooting through a Sigma 100-300 4.5-8 zoom lens with a circular polarizer, was capable of capturing detail of fast-moving vehicles that the FED never could, but in the end more of the photos from the FED were what I considered interesting images. I’m not sure what accounts for this, but it’s another reason to appreciate simplicity.

The first image is on my (unfortunately) last roll of Kodak’s Portra 400 VC, while the second is shot on Fuji’s Superia Xtra 400. Bought a bunch of 24-exposure rolls of the latter cheap to use for testing and such; now I’m just trying to burn through the last of it. It’s picky about getting the exposure just right, and I do not care for the palette it tends toward; I do not think I’ll be buying it again. The Portra VC, on the other hand, was great; I wish I’d bought more. The new Portra, which I haven’t tried yet, has gotten very good reviews, though the price has risen considerably. For the moment my go-to color film will be Kodak’s Gold 400 – nothing special, but a nicer palette than the similar Fuji offering.

I’ll be back with some pictures from other cameras shortly.