I lost my head there for a little bit. Back to serious photography. Sorry for the interruption.

Most of the cameras I buy are targets of opportunity. I troll through antiques stores, junk shops, occasional garage and estate sales, and if I see something interesting at a good price, I’ll usually grab it whether I need it or not, or even if I’m not sure what it is. This is not one of those cameras. While I did stumble across it in an antiques store, the Bessa II is a camera I’ve long been aware of. The only thing that kept me from buying it on the spot was the price tag, but after a brief discussion with the proprietor on a return visit a few weeks after our first encounter, the price tag ceased to be an obstacle and the Bessa was mine. 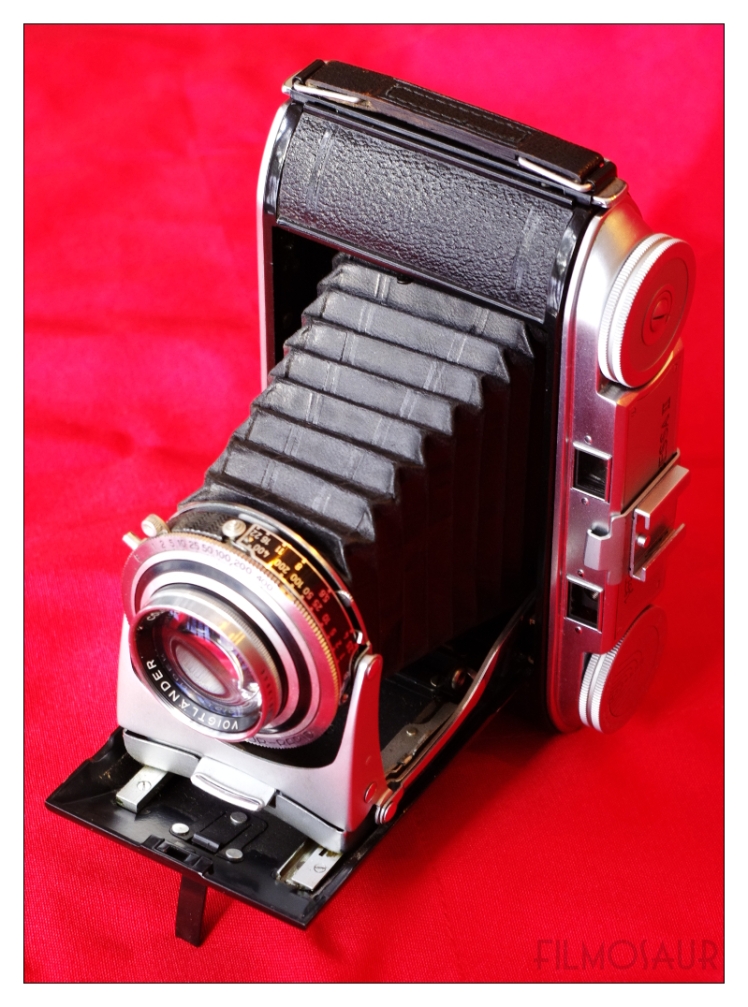 The Bessa II sits at the top of the 1950s Voigtländer food chain. Fitted with such accoutrements as a coupled rangefinder and unit focusing, it’s extraordinarily well-made, with some of the smoothest controls I’ve ever encountered in a camera. The finishing is top-notch, and the condition of this particular camera suggests is was little-used before I got my hands on it. The front standard, a weak point on the Bessas, is rock-solid. All it required was a through cleaning to bring it back to near-perfect cosmetic condition. I CLA’d the shutter just to be thorough, but it was working fine.

That said, it does have a few downsides. First, it’s big. Just because it folds up does not mean you’re going to be able to stick it in a pocket. The one feature it lacks is automatic frame spacing, so you’re reduced to the very pedestrian act of peering through a red window to advance the film. The shutter release – a clever fold-out lever on the door – has a very long throw, which takes some getting used to. Did I mention it’s big? 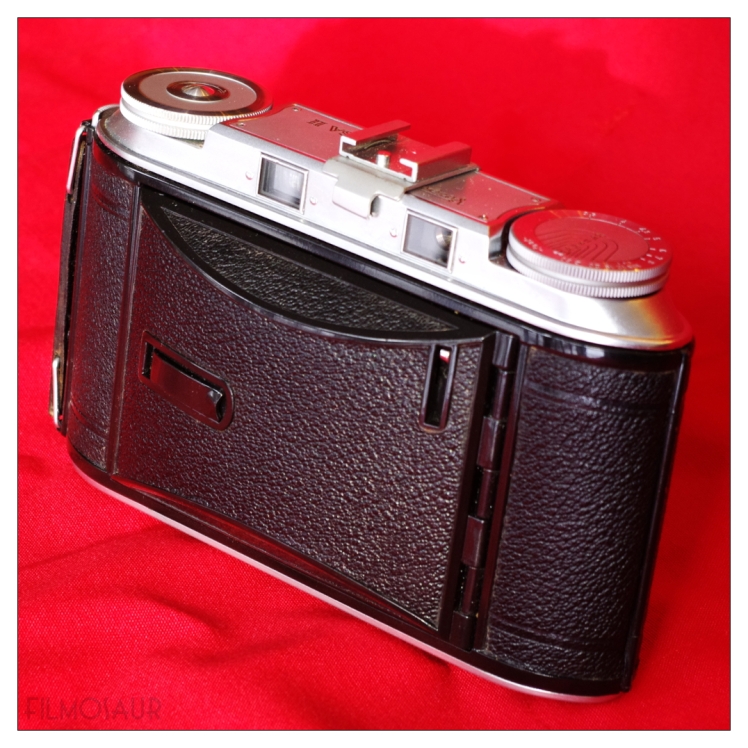 My Bessa II is the most basic model, probably produced in 1951 and fitted with a Compur-Rapid shutter mounting a coated four-element/three-group Color-Skopar 105mm/3.5 lens. As far as my research shows, the only option on the Bessa II was the lens – in addition to the Color-Skopar, buyers could get a Color-Heliar or the fabled APO-Lanthar, the latter of which drives the price today into the stratosphere (think five figures in USD).

While the other lenses appear to deserve their lofty reputations based on the photos I’ve seen, I’ve always been more than satisfied with Voigtländer’s Skopars, coated and uncoated. They’re really nice examples of Tessar-type lenses, right up there with Zeiss in my book. Based on the limited sample of results I’ve gotten from my Bessa, I have no reason to alter this assessment.

In film photography, as in so many other aspects of life, size matters. In this particular case, we’re talking about the size of the negative. The Bessa shoots 6×9 frames on 120 film. So what, you ask? Well, if you do the math, you’ll figure out that this gives a negative with over six times the surface area of a 35mm frame. It’s huge, and in all that space there is room for lots of information. Short of sheet film or panoramic cameras, 6×9 is about as big as you’re going to get. True, you only get eight frames per roll, but this is not the sort of camera one shoots rapidly.

For those who haven’t shot medium format in general, or 6×9 in particular, the point of the exercise may be hard to discern. After all, why mess with huge cameras that only give a few frames per roll? Once you get a look at photos, it starts making sense. Medium format film, even in toy cameras like Holgas, Dianas, and Brownies, offers a lot of detail on the negative, but once you put it behind a really good lens, things start to pop. Only when you see it do you realize how much detail is missing from the typical 35mm negative, and how different the photos can look when the radical differences in depth-of-field between normal lenses in the different formats come into play.

This is not to say that 35mm doesn’t have its place – of course it does. It didn’t become the preeminent film format for half a century by accident. 120 became a specialized format when 135 took over, and that’s what it remains. Most film users don’t want the hassles and limitations of medium format. But for those of us willing to deal with them, the results can be spectacular. If I can manage to do my part, this glorious example of mid-century design is a very capable tool for producing very special photographs.

A second and final set of digitally modified photos. I’ll be returning to more conventional material now, rest assured. For those appalled by this little foray into the dark arts of heavy-handed manipulation, I apologize – the nausea will pass eventually.