Everyone knows the benefits of interchangeable lenses. Anyone who has been in the photography game for a while has probably used at least one or two interchangeable lens cameras, and some (Your Humble Filmosaur included) have vast colonies of lenses that seem to multiply all on their own, migrating and attaching themselves, lamprey-like, to any camera body they can find.

The voraciousness of lenses for camera bodies is strictly limited, however, by the fact that each can accommodate one, and only one, lens (unless you’re doing it very creatively wrong). Once a lens has attached itself, the camera is safe from further predation. Perhaps it is as a result of this natural limitation that some cameras and lenses seem to form a symbiotic relationship, rarely if ever separating from each other. This unnecessary pair-bonding is little-understood by the scientific community, but we can at least offer a theory.

Some cameras and lenses just seem to go together. They achieve a kind of mutually-beneficial balance that makes each seem to perform beyond its own individual potential. This phenomenon is sometimes seen among the fixed-lens subspecies, as might be expected, but it remains surprising when it manifests itself in the more complex realm of interchangeable lens cameras. When it does, something magical happens…(cue slow motion close-up)

OK, enough channeling David Attenborough. The point of all this is to say that some cameras and lenses just work together. In my collection there are three combinations that seem to remain more or less permanently attached because they just work. 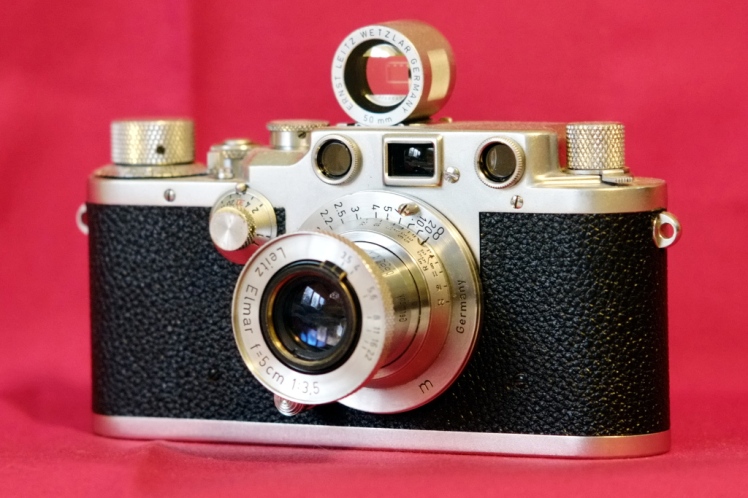 First up is perhaps the most classic of all, a Leica IIIc with a 50/3.5 collapsible Elmar and a SBOOI viewfinder. It’s small, handy, and extremely capable. I shot my whole trip to Germany last year with this camera alone. It fits in a coat pocket. It’s discrete. With zone focusing and reasonably consistent light, it’s as fast to use in the street as any point-and-shoot. If I had to live with one camera and lens, there’s a very strong likelihood that this would be it. 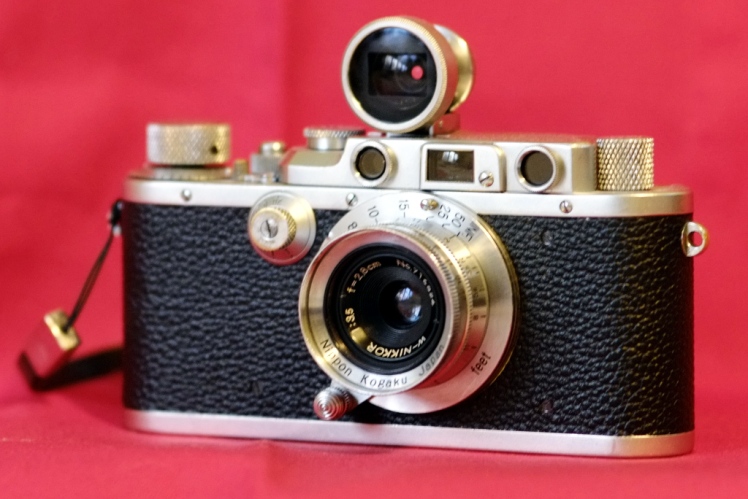 Closely related is a relatively new combination, a Leica IIIa (which originally came to me with a Summar attached, as described here) with a Nikkor 28/3.5 and matching viewfinder. Everything that I said about the IIIc/Elmar combo applies here as well. I’m less acclimated to the 28mm focal length, but I’m finding it is a nice compliment to 50mm in a two camera travel kit. 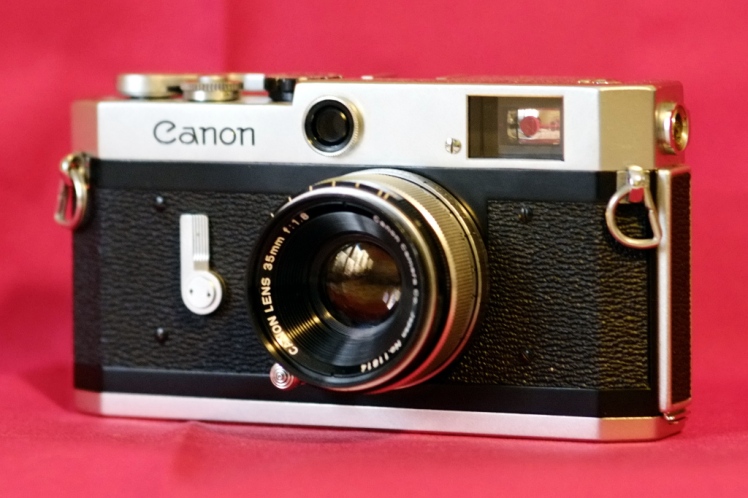 Finally, my venerable Canon P, after much experimentation, seems to have settled down with a Canon 35/1.8. It may seem a bit odd, given my 50mm inclinations, but I shot more in 35mm last year than I had before – mostly due to my dalliance with my Hexar AF – and I’m more at ease with it as a result. The P’s viewfinder is 1:1, rare for the 35mm focal length, which makes it easier to use in the street. The package balances well.

These three might as well be fixed lens cameras at this point. Some rigs just work, and if something works, why mess with it?

The woods around here are full of the remnants of rural society that once farmed the land. Rough stone walls, bits of foundations, and traces of roads and tracks that ran connected long-gone farmsteads. Many of these have been lost to progress, but the burial grounds have generally been left alone.

This particular cemetery is one of three that served a small hamlet now gone. It had a long history, the British having marched through twice during the Revolution – the trails are still there. The cause of the settlement’s disappearance is unusual, however, it having been seized, evacuated, and largely demolished by the state to add to the adjacent state park, rather than being allowed to simply slip slowly away.

In spite of being in a park, the cemeteries here are still in use, as some of the old residents are still living, and they retain the right to be buried with their families. One of the others is relatively well-tended, but this one – inactive but for a small corner section – is left for the forest to slowly reclaim.

I hiked into the park with my Canon P, loaded with HP5+, and my newly-acquired Canon 35/1.8 (which will be formally introduced here soon), intent on giving the latter its first film test. As such, most of these are shot wide-open or close to it. I was sufficiently pleased with the results that I thought others might be interested in seeing them. 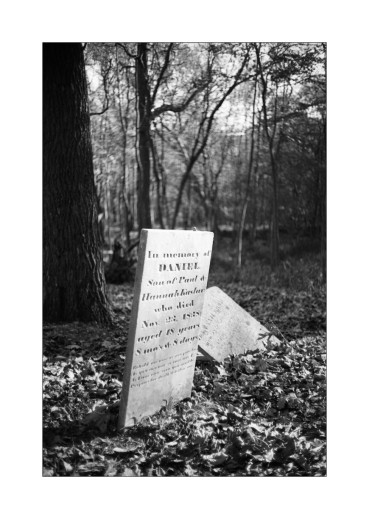 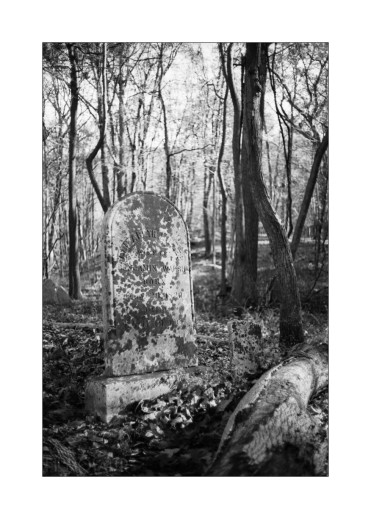 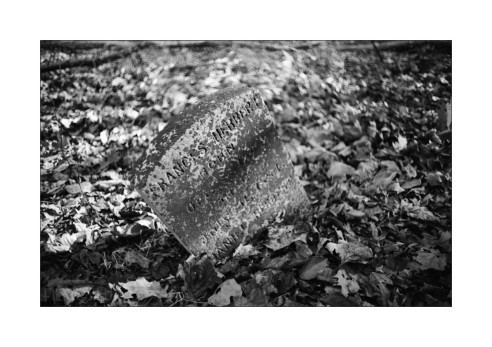 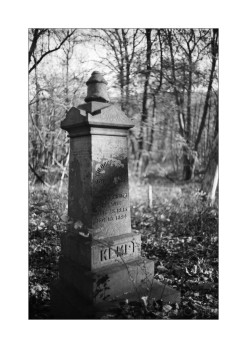 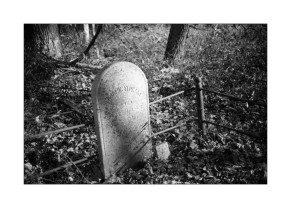 Everyone has had those conversations where the participants start exchanging increasingly absurd ideas and exclaiming how good they are. Usually these end when everyone acknowledges the silliness of the discussion and moves on, or when they run out of beer. But once in a while the obvious stupidity of the idea in question is not sufficient to dissuade those involved from actually carrying it out. This is one of those times.

With spring coming, we were discussing the arrival of this year’s crop of insects and how to most effectively exterminate them. Flashback to last summer, when we came upon handheld bug zappers in the shape of tennis rackets, which are both quite good at killing bugs and being utterly ridiculous. We found them while up in Maine at a local department store for the princely sum of $3. Unfortunately, buying them through various internet sources more than triples the asking price. Rather than shell out an extra $7 per racket, we thought it would make far more sense to drive up to Maine and buy more. All well and good, but the Maine state line is about five hours one way. We’d have to stay overnight, but then first thing in the morning, Tennis Rackets of Death, and home.

This still seemed like a good idea after we ran out of beer, so we found a hotel, booked it for Friday night, and we were off to Maine.

We left at 0530 and were up to Maine by 1100, having stopped for breakfast at a local spot in Massachusetts (I think – maybe it was New Hampshire. I had French toast.) along the way. We couldn’t check in for several hours, so we wandered along the coast and stopped at a few spots for photos. After a long day of driving, we dropped the car at the hotel in the late afternoon and walked into town for dinner and beer, both of which were quite necessary by this time. We finished off with a nice long walk along the cliffs and past the local lobster boat anchorage.

Next morning I got up early (how I’m not exactly sure) and did the same walk as the night before, knowing that I’d have the low angle morning light of the rising sun to play with. The light was good, but I was dragging by the time I hauled myself back to the hotel. Off to breakfast and then to the bug zappers. We bought six, saving ourselves $42. Take that, internet price gougers! We then stopped in several antiques stores and spent all of our savings and then some. Our mission accomplished, we cruised south along the coast into New Hampshire and Massachusetts, stopping several times for more photos and walking, followed by a late lunch in Portsmouth, NH.

Finally, we hit the highway for the blast back home, pulling in around 2030. After some 39 hours and 700 miles, we got our Tennis Rackets of Death. Sometimes you just have to go through with a plan to see if it’s as stupid as is sounds. It was, but it was also a hell of a good time.

So, the photos. I had two Canon LTM rangefinders – L1 and P – with two lenses – 35/2.8 and 50/3.5 (the latter a new acquisition and as such a lens I have not yet formally introduced here) respectively – and two different films – FP4+ and Ektar, again respectively. I only shot three rolls – two of color and one of B&W – but I still got some shots I was happy with. Enjoy. 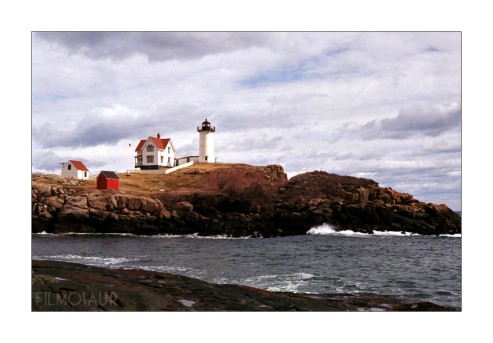 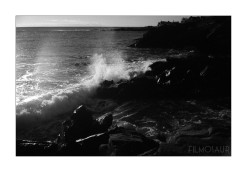 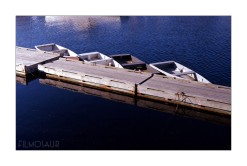 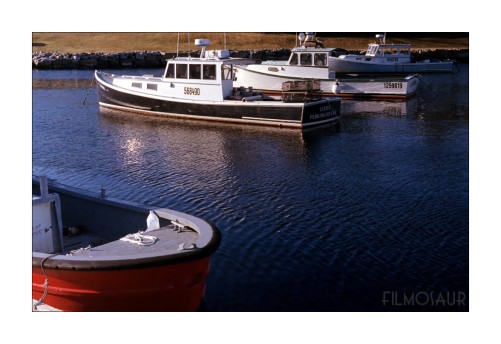 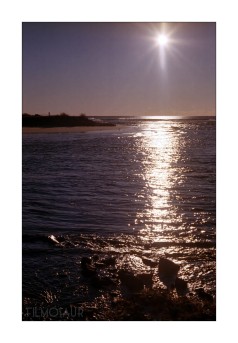 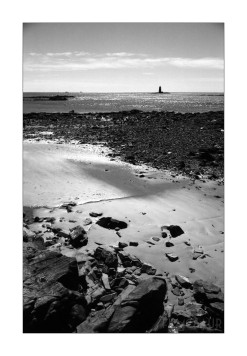 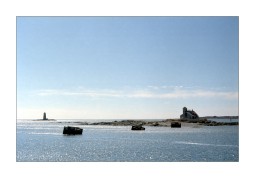 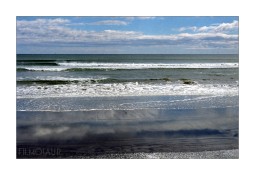 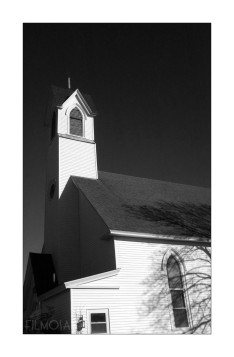 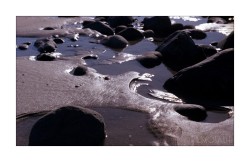 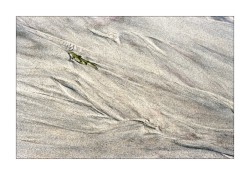 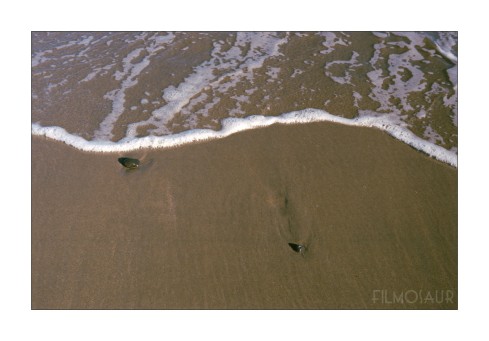 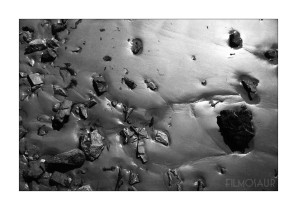 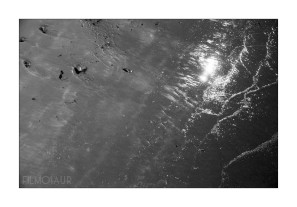 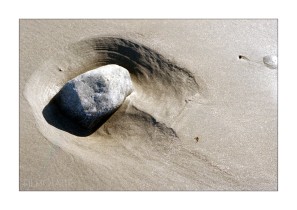 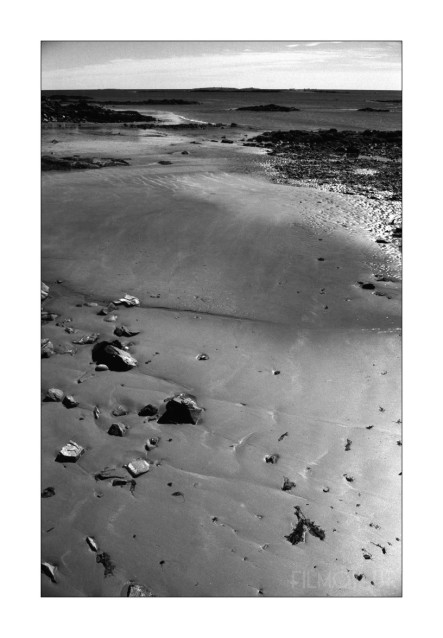 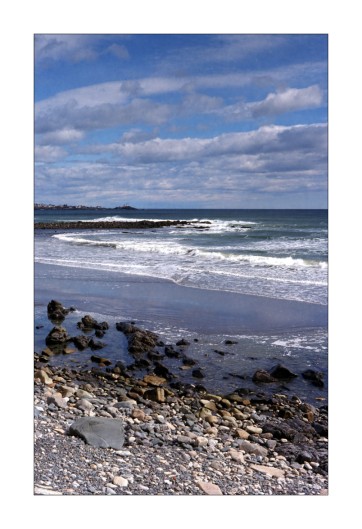 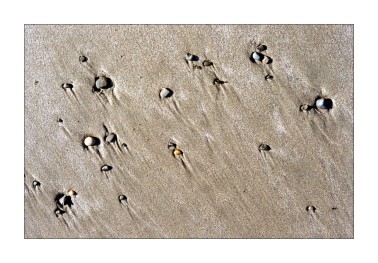 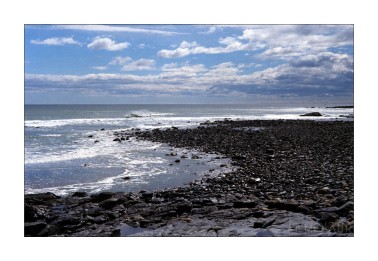