I was reading in the latest Claremont Review of Books a piece on a posthumously-published collection of writings by art critic Robert Hughes and found a quote selected by the review’s author to be striking enough to inspire a few comments of my own. Hughes described himself thus:

I am completely an elitist, in the cultural but emphatically not the social sense. I prefer the good to the bad, the articulate to the mumbling, the aesthetically developed to the merely primitive, and full to partial consciousness. I love the spectacle of skill, whether it’s an expert gardener at work, or a good carpenter chopping dovetails…. I don’t think stupid or ill-read people are as good to be with as wise and fully literate ones…. Consequently, most of the human race doesn’t matter much to me, outside the normal and necessary frame of courtesy and the obligation to respect human rights…. I am, after all, a cultural critic, and my main job is to distinguish the good from the second-rate.

I knew nothing of Hughes prior to reading this review, but his self-awareness and clear public acknowledgement of his view is admirable. For those who are regular readers or have been sufficiently motivated to read the About page on this very site, you will note that there are some similarities between Mr. Hughes and Your Humble Filmosaur in our relative disdain for the mediocre, though his were expressed far more eloquently than mine.

While I wholeheartedly share Hughes’ notion and embrace of cultural elitism, particularly when it comes to photography, this should not be mistakenly understood as placing myself within the ranks of the elite. On the contrary, by looking at the work of other photographers and clearly distinguishing between that which is truly great and that vast assemblage that is not, I have developed a very clear sense of my own work, and I know that in almost every case it falls squarely in the latter category. This is not a cause for despair, but a motivation to continue improving all the aspects of my photography.

The point in all this being, if one fails to differentiate between the ordinary and the extraordinary, how can any meaningful personal development take place? To borrow a line from Henry Kissinger, “if you don’t know where you are going, every road will get you nowhere.”

Rather than succumb to the overly congratulatory and reflexively non-confrontational practices of today’s society, be critical. Not antagonistic, not rude, but objectively critical. To do this, you need evidence. When you look at art – photography or otherwise – figure out why it provokes the reaction it does. Why do you hate that painting so much? What is it you like about that sculpture? Why are you so ambivalent about that photograph? Once you’ve started to identify the reasons for your reaction you can start applying the lessons to your own work and better understanding the work of others.

Some (most?) artists are somewhat defensive about their work and do not always handle criticism well; many of these are unabashed purveyors of some truly bad art. Nonetheless, this tendency toward touchiness is often exacerbated by virtually useless subjective criticism from viewers who have put little if any thought into their reasons for being critical, or who are simply doing it because they think that’s what you do with art. Criticism without thought or adulation without cause are two sides of the same ugly coin.

If you don’t like my photos, do yourself a favor and think about why you don’t. Then help me to understand how you as a viewer sees them and what you don’t like (the same holds true for positive reactions, though these are often more forthcoming). Art is best as an interactive medium, but that interaction must be considered and purposeful for it to have positive value. If this is to be achieved, being a cultural elitist is not just an option, but a necessity.

Oh the speed! The blazing speed!

OK, that’s a stretch. But this is the fastest wide lens I’ve got by a pretty good margin, the previous leaders in this category holding the line at f/2.8. Jumping from that to f/1.8 is fairly significant, but “Oh the fairly significant speed increase!” just didn’t sound as good.

Much as with the swap of my Canon 28/3.5 for a 28/2.8 that I recently reported here, this was neither a planned acquisition nor a particularly necessary one. Rather, it was the result of an opportunity and the realization that I could make it happen with little additional cash outlay if I sold something I already had. In this instance, the decision was easier, in that the Serenar (Canon) 35/2.8 I had, nice lens that it is, was simply not getting much use.

Unlike the 28mm focal length, where I had (and still have) one and only one LTM lens, the 35mm field was a bit more crowded. In addition to the 2.8 Canon, I also had my lovely W.Acall 35/3.5 and my hacked Nikon L35AF 35/2.8 glass in an LTM mount; the Jupiter-12 35/2.8 that was my first foray into this focal length had already been sold for lack of use. The thing about these lenses is that each has it’s own signature, and the differences are on par with what one expects in the more common 50mm lens offerings. The Canon and the W.Acall are both double-Gauss Planar-type lenses, but the former tends toward a slightly harder look, while the latter is gloriously creamy. The Nikon follows the Sonnar formula, but with a somewhat more modern feel than is typical due to design and coatings. The Jupiter is a Zeiss Biogon copy, a non-retrofocal design, and looks quite different as a result (but apparently not different enough for me to keep it around, though that’s more the fault of the ergonomics, which are not terribly user-friendly).

When the 1.8 appeared for sale, deciding what to sell was not terribly difficult. The W.Acall, the most recently acquired of the crop, was not going anywhere – the rendering of that lens reminds me of my Summitar, perhaps my favorite 50mm lens. The Nikon hack is, well, a hack – I did have a couple people express interest in buying it back when I first showed it, but it’s not a showpiece so getting a meaningful amount for it (I have a lot of hours in putting it together, even if it looks a little more like an arts and crafts project than a proper lens) would be unlikely. Plus I like the compactness of it. That left the Canon. It’s a fine lens in lovely shape, complete with the original caps, case, and matching viewfinder, but I just wasn’t using it. So the usual dance was initiated: try to sell one lens in order to fund another. It didn’t take too long, and soon the 1.8 was on its way to me.

Once it arrived, in spite of it being quite serviceable as-is, I went through it and gave it a detailed cleaning and refreshed the lubricants. The construction of the 1.8 is lighter than the older all-brass 2.8, with the focusing barrel made from aluminum. The shape of the new lens is more cylindrical as well, and a substantial void between the optical block and the outer shell adds to the feeling of lightness relative to exterior dimensions. There’s nothing wrong with the construction, but it clearly reminds anyone who has used the older lenses that they have encountered something from a newer generation. 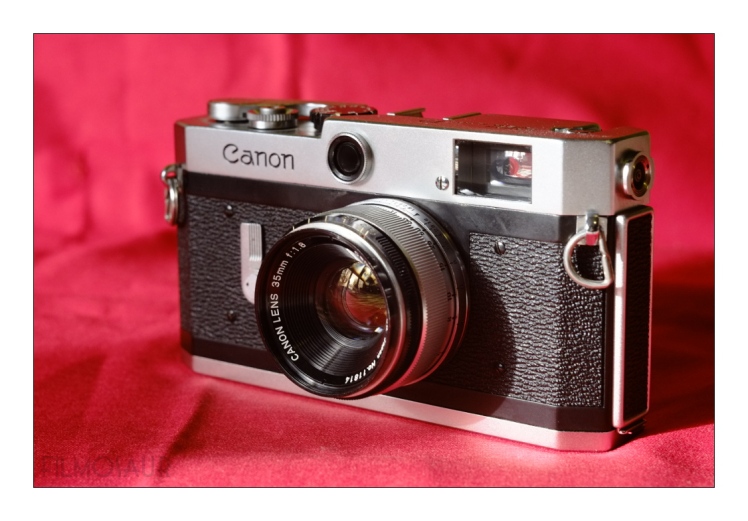 All well and good, you say, but how does it perform? Well, let me tell you. It’s nice and sharp in the center even wide open, getting predictably soft in the corners. Both the corners and the out-of-focus areas, which are often going to be quite prominent when shooting wide open, exhibit some interesting characteristics. Both exhibit a bit of “movement,” looking a little swirly at times and somewhat busy, and out-of-focus areas in the center lose a notable amount of contrast, though this contrast loss is less pronounced out toward the perimeter of the frame. It’s an odd effect, though one that could be useful. Stopped down it’s predictably sharp, with moderate contrast and fairly high resolution. I haven’t tested it with color yet, but with B&W it falls closer to vintage rendering than modern.

While I’m sure I could be happy with the Canon 35/1.8 as my only 35mm lens, it doesn’t quite reach the very high rendering benchmark set by the W.Acall. For low light shooting, or perhaps as an all-purpose travel lens, the Canon might be the better choice however – two stops is enough to make a meaningful difference in real-world use. As a bonus, this also works as a fast 50mm-equivalent on my Fuji X-E1, which adds to the flexibility of that camera as well.

It seems like just yesterday I was introducing the predecessor to this lens, the Serenar (Canon) 28mm f/3.5. The latter was and remains a fine lens, and I had no complaints about it. The only reason it has now gone to a new owner (who reports that he too is pleased with it) is that I allowed myself to be seduced by the promise of a little more speed and slightly better resolving power. I’m weak. There, I said it. 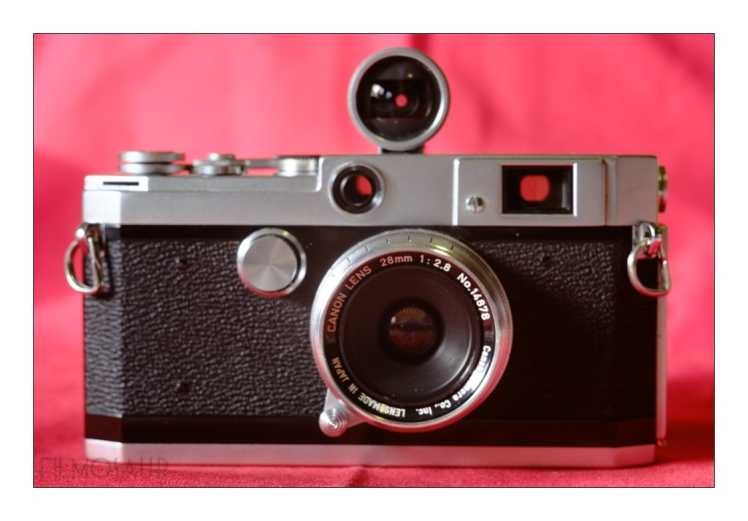 The new arrival looks a bit more modern on the outside; the beginnings of the shift in Canon’s design philosophy can be seen here. As such, I find it looks a bit more appropriate on my larger Canon bodies (as shown here on my fetching L1) than the smaller Barnack Leicas. It’s still quite solid, but it lacks the feeling of being carved of a single chunk of brass that the old 3.5 had. On the plus side, the glass is more recessed in the body, and the aperture ring is larger and easier to read. Pretty minor differences, really. And while we’re on the subject of minor details, since this lens came to me from Japan, I’m unreasonably happy that it’s marked in meters rather than feet. I’m one of those odd Americans who, for reasons I cannot fully explain, prefers metric markings on their camera equipment. 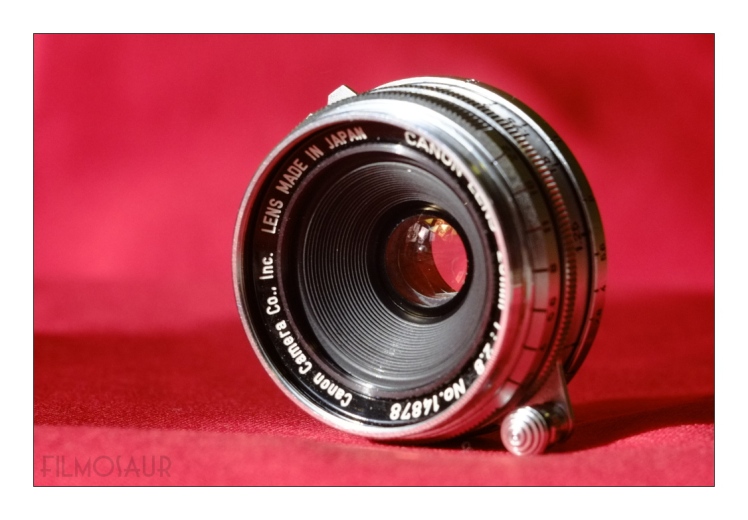 Optically, the 2.8 demonstrates many of the same basic characteristics as the 3.5 did: vignetting wide open, good sharpness spreading out toward the corners as you stop down some. The differences lie in when things shift; whereas the 3.5 didn’t really feel sharp across the frame until f/8, the 2.8 manages similar levels by f/5.6. Practically speaking, this gives the latter a little more flexibility in addition to the 2/3rds of a stop in absolute speed advantage it holds. 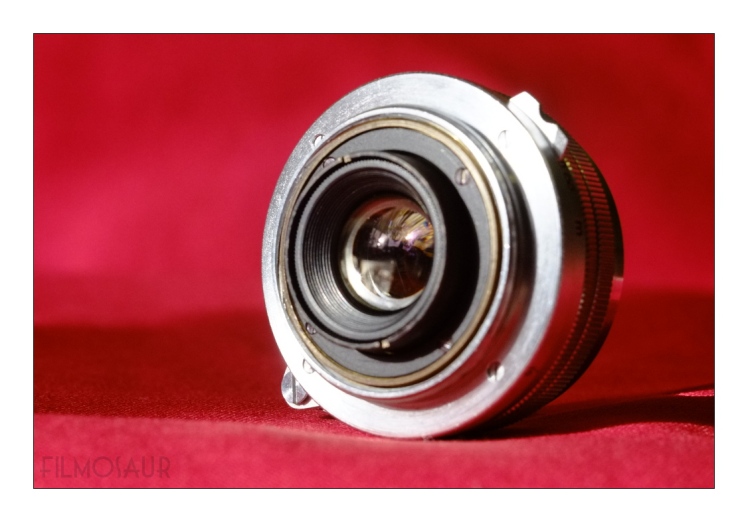 Contrast is moderate, and not terribly different across the aperture range, for both lenses. The 2.8 appears to have a slight edge in resolution, but not really enough to make a meaningful difference in real-world performance. Color rendering is fairly similar as well, and consistent with older Canon lenses, with a slightly muted feel overall. Flare resistance is good. In short, both lenses produce photos that look pretty similar most of the time. 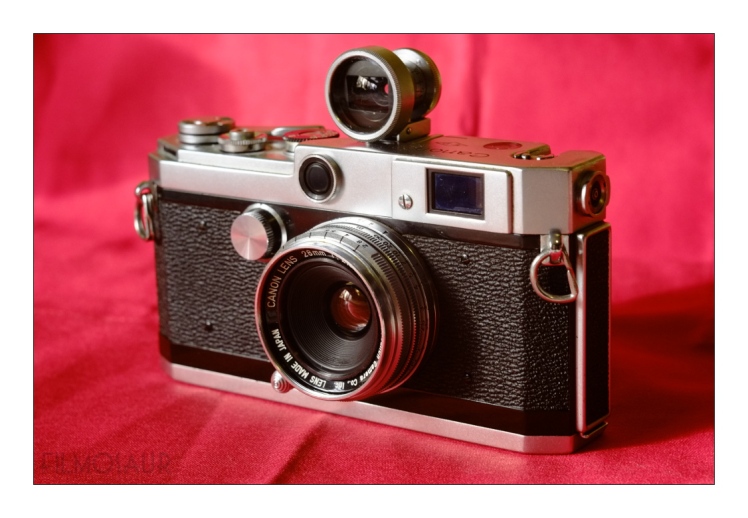 If you’re reading this thinking a) that there’s no big surprises, and b) wondering why I bothered, you’re not alone. I’m not sure that I really gained anything important. But that’s how it goes sometimes, I suppose. I’ve still got a good 28mm lens for my LTM cameras, so I didn’t lose anything either. As long as I broke even (more or less), I can’t complain.