Well, it’s 2016, and it’s about time I thinned the camera and lens collections a bit. The accumulation had gotten to the point that I was not using cameras that I really like. It’s one thing to keep something on the shelf because you feel compelled to hang onto it for sentimental value (or lack of monetary value). But when you’ve got equipment that works well and produces good results just collecting dust, it’s time to move it on to someone else.

So I’ve sold off some cameras, and I should probably sell off a few more. It’s seems appropriate to offer a proper send-off to those that have already departed Filmosaur HQ. 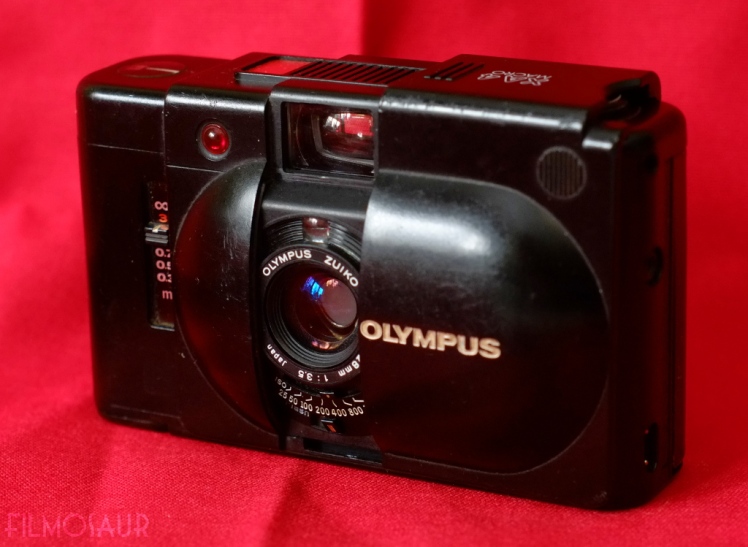 It was a brief dalliance, and not an unpleasant one, but from the beginning I knew it was not destined to last. Sure, the XA4 was a great travelling companion, fitting easily into a pocket and always ready to pop out for a bit of fun. The lens was quite nice, the 28mm focal length quite useful, and the results showed that it was indeed a very capable little camera. The macro function worked and really added meaningful flexibility. Even the plastic body and controls were far less offensive than I initially expected. On the face of it, things looked good for the long haul.

But there was a fatal flaw in our relationship: the XA4 is an auto-exposure-only camera, and I am a devout follower of the Cult of Manual Controls. No matter how well we got along, our faiths would never allow us to remain together forever. So we had our fun, and then we said goodbye. No harsh words, no tears, no bad memories, just a lingering fondness and a faint hint of sadness at what might have been. 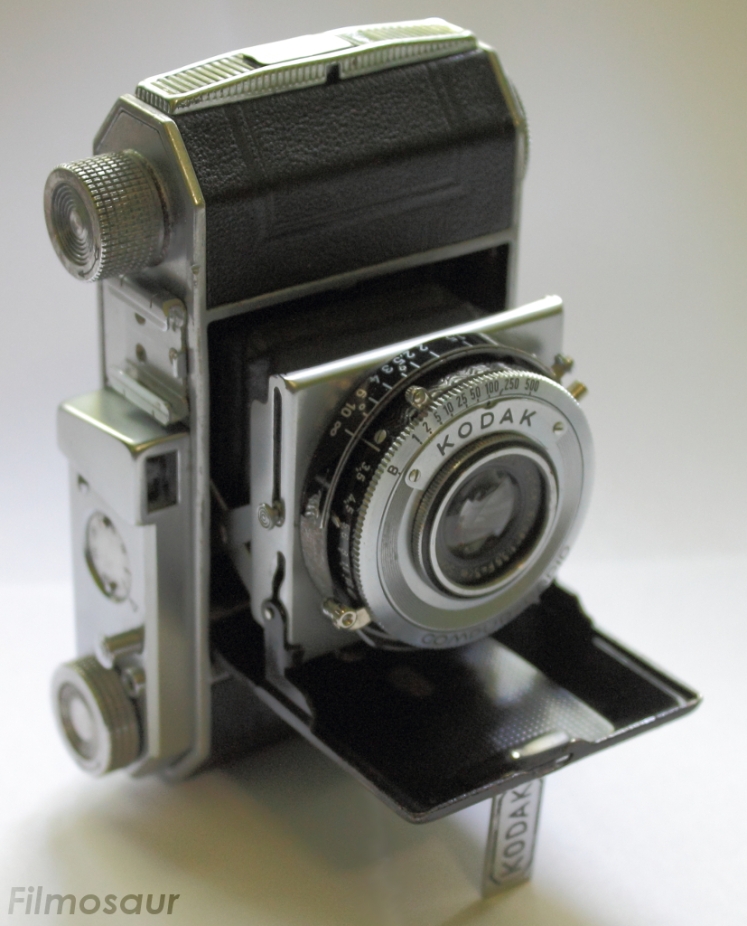 The Retina suffered only by comparison, not on its own merits. It was in nice shape, well-built and solid, with a good Schneider Xenar lens. It was everything a small folding camera should be, and it would have stayed around but for one problem: the Voigtländer Vito. The Vito does everything the Retina did, but beats it in two important categories: it weighs considerably less, and I much prefer the rendering of the Skopar lens to the Retina’s Xenar.

Old folders are fiddly cameras, and since they require a certain frame of mind to use effectively, they don’t get used a lot, and when I did I seemed to grab the Voigtländer far more than the Kodak. Truth is I don’t really need either of them, but I felt that I should keep one 35mm folder as a representative of the type. When I settled on that, the choice was not terribly hard. So long, Retina, it was nice knowing you. 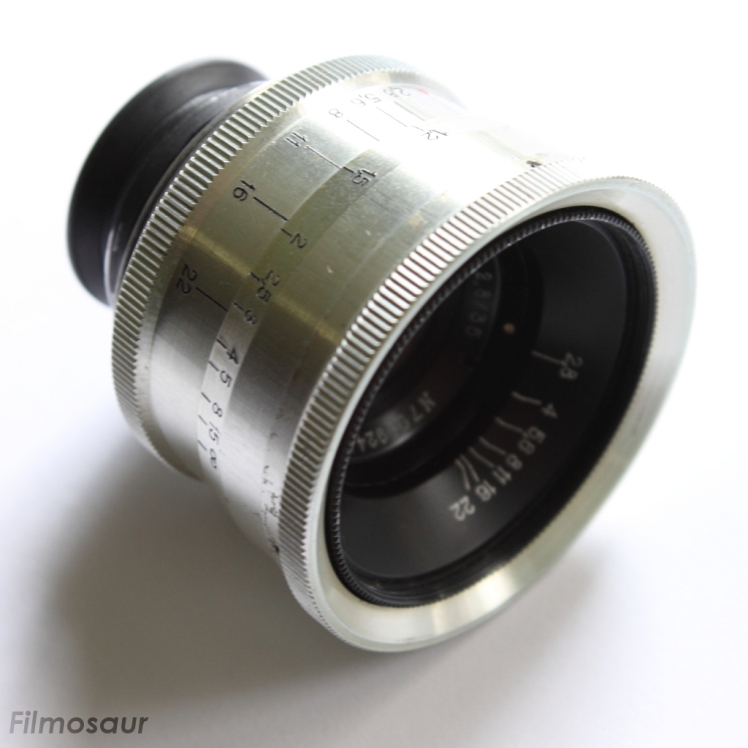 It was a bit hard to say goodbye to the Jupiter-12. It’s really a very good lens, with a unique signature due to its optical design. Sure, the ergonomics are a bit old-fashioned, but that never stopped me. I’d been debating whether I needed it for a while, having two other LTM 35s – the Canon 35/2.8 and my hacked Nikon L35AF lens – already, but I guess what really tipped the balance was the recent acquisition of the W.Acall 35/3.5. Once I saw the photos from that lens, I seriously questioned whether I really needed any other 35. I’m keeping the Canon and the Nikon hack for now; the Nikon is tiny, perfect for street work with a screwmount Leica body, and the Canon…well, I’m not sure that the Canon offers a lot to distinguish itself by comparison, but I’m still keeping it for the moment. But something had to go, and it was the Jupiter. Farewell, comrade.

Not exactly sure what’s next on the chopping block, but two cameras that have seen scant use in the last year are my FED-2 and Olympus 35SP. The FED was my entry back into film and into rangefinders, and the images from the 35SP justify its reputation. It will be hard to see either of them go, but if they aren’t being used they’re just decoration, and I don’t need ornaments cluttering up my shelves. We’ll see if I can talk myself into selling them. Stay tuned.

Last weekend I met up with some fellow photographers, one of whom also happens to be a musician, for a little expedition in lower Manhattan. On that particular occasion, he was wearing the latter hat, leading the world’s only all-brass Nirvana tribute band around the streets of the East Village. The rest of us swarmed around like so many camera-brandishing flies, taking lots of photos and generally making a nuisance of ourselves.

The collection of cameras was eclectic to say the least. Two TLRs – a Lubitel and a Yashica D – a Pentax K1000, a Rollei 35, and a Canonet were all aimed at the band and bewildered pedestrians alike. I was carrying two cameras: one of my trusty Leica IIIcs, that day mounting a Jupiter-12 35/2.8, and my too-infrequently-exercised Kodak Brownie Hawkeye. The latter, you may recall, has the lens reversed, producing a rather wild distortion out toward the edges; it seemed like it might be well-suited to the task.

When all was said and done, I had shot up three rolls of film, so I figured the odds were in favor of getting something worthwhile. Once developed I was pretty pleased with what I found. In retrospect, the choice of a 35 was about right for that sort of shooting; normally I prefer something a little longer for shooting in the city, but the ability to get closer more easily lent itself to a wider angle. I did briefly consider taking the Snapshot Skopar 25/4, and I still wonder if that might have been a better choice. Maybe next time.

The Brownie Hawkeye was an inspired selection if I do say so myself. With the reversed lens, using it requires a very different approach to composition than you might want with a typical 6×6 camera, so I had to keep reminding myself to keep the subject centered and to frame loosely. Thankfully the viewfinder is pretty conservative, so there’s always going to be some additional coverage beyond what you see. Even so, it’s a lot less predictable than most cameras. When it works out, though, the results can be pretty cool.

After the band was done we retired to a local bar (as you do), and a good time was had by all.

Our theme for today is reflections. Featuring water in a liquid state as they do, these photos were either taken at the beginning of the winter, before I knew the full extent of just how unpleasant it would be, or near the end, when there seemed the faintest glimmer of hope that one day the world would not be trapped beneath a permanent layer of ice and snow.