For reasons I cannot fully explain, I’m drawn to the American West. Maybe it’s the steady diet of westerns I watched as a kid (and as an adult, if I’m honest). Maybe it’s the stark differences between there and where I live in the East, the mountains and deserts and open skies that are alien to my daily experience. But whatever the cause, I find the pull of the place doesn’t go away no matter how many times I visit.

This trip was into uncharted territory: New Mexico. I’ve been to neighboring states – Colorado and Arizona – but this was new. As usual, I flew into an airport relatively far from my destination, allowing for a long drive to get a feel for the terrain and immerse myself in the place in a broad sense, rather than just dropping into an airport, a car, and a hotel right off the bat. The drive from Denver to Santa Fe, avoiding the interstate, took the better part of eight hours.

Photographers who’ve shot in New Mexico often talk about the quality of the light. As with anything that gets built up to near-mythical status deserves a healthy dose of skepticism, but having been there I have to say there is at least something to it. The hard, bright sun has a clarity and a directness that is really quite striking, and feels a bit different than what I recall from Arizona. I wonder if proximity to the major population centers of California introduces enough particulates to diffuse the light a bit more further west.

In any case, New Mexico proved to be a very interesting place the visit. Santa Fe, at least the old downtown area, was great for just strolling around, stopping off for a margarita (a proper one, not some cheap, frozen crap), and strolling some more. Out beyond the city there were places to explore between large stretches of very little: Los Alamos, home of the atomic bomb project during the war, and Abiquiu, where Georgia O’Keeffe made her home. The remoteness of both places, particularly in the years when their most famous occupants were present, is very much a part of their respective identities.

Thinking further about this sense of semi-isolation that is so much a part of New Mexico – the least the parts I saw – it seems the equivalent in photographic terms of negative space, the absence of information in parts allowing greater focus on the remaining points. The lack of clutter makes it, for me, a place where photographic vision comes a bit more easily than in others. This is a critical part of my understanding of New Mexico, and one of the reasons I look forward to going back and exploring it further.

On to the photos. I’m playing with a more thematic organization of these, so the selections in this an subsequent posts may end up being a bit irregularly sized. 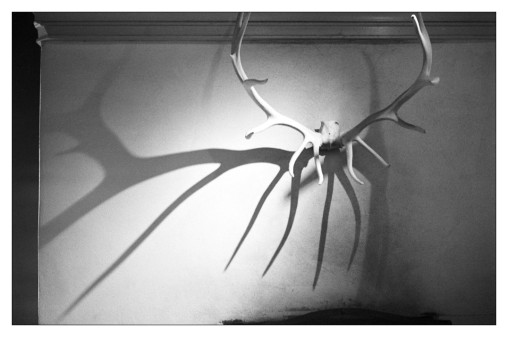 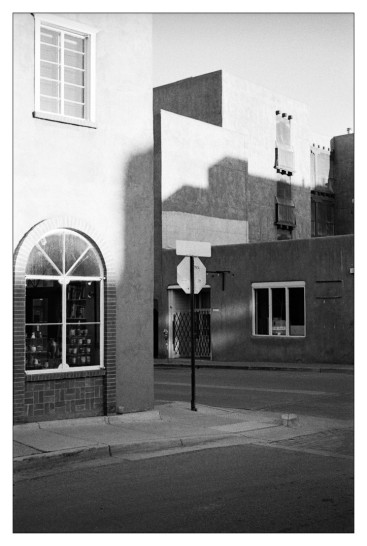 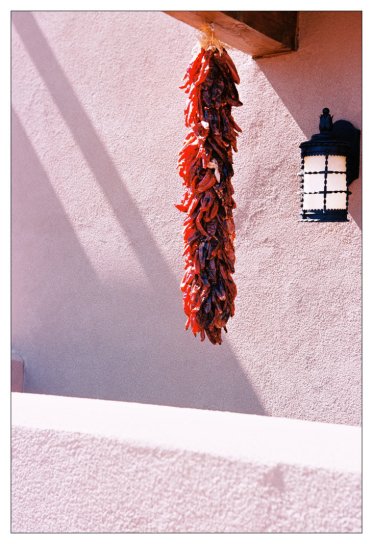 Two posts in as many days. Will wonders never cease….

I generally prefer to give each lens I discuss here its own piece, but these two were acquired recently and are so similar in basic form that it seemed appropriate to introduce them together and offer a little comparison in the bargain. As we will see, there are more differences than the outward resemblance would suggest.

Both of these are collapsible Leica Thread Mount 50mm lenses with a maximum aperture of f/3.5. They share similar optical design, with four elements in three groups. Both are coated, though uncoated Elmars were also produced in the pre-war period. The Elmar, of course, is the originator of this design, dating back to the 1920s. The Canon updates the design slightly, the major change being a more modern style of aperture selector; the Elmar uses a tiny tab on the face of the lens, while the Canon utilizes a ring (with full-stop clicks) around the base of the head. Because of this, the Canon extends further from the body both collapsed and extended – not a huge amount, but enough to be noticeable when carrying the camera in a pocket. Both can use slip-on 36mm filters, but where the Elmar requires tiny and unique 19mm screw-in filters, the Canon takes the same 34mm filters as many other LTM lenses of the period. The other mechanical difference is subtle. The Elmar has its ten-bladed aperture mechanism behind the first element of the lens, while the Canon copies the Zeiss Tessar in having its eight aperture blades behind the second element. I don’t know what the effect of this is, nor do I know why the various manufacturers chose the arrangement they did, but you’d think there was some reason for selecting one or the other.

Given how close these two lenses seem on paper, the obvious question is whether or not they have similar rendering. The answer, though obviously subjective, is no. Let’s start with the Elmar. It is quite sharp across the frame by f/5.6, maintaining this everywhere but the corners at wider apertures. There is slight vignetting at f/3.5 and f/4, but nothing major. This particular Elmar stops down to f/22 (some versions go to f/16 or f/18); diffraction becomes evident when fully stopped down. Flare is not a problem. Contrast is moderate and fairly constant across the aperture range. Colors are somewhat muted – not as much as with my Canon 50/1.9 or 28/3.5, but certainly not what you’d call saturated; not surprisingly, the color rendition is fairly close to that of the Summitar. What distinguishes the Leitz lens in my eyes is the transition to and rendering of the out-of-focus areas. It’s a wonderfully smooth yet distinct transition (helped by the pin-sharpness of the in-focus areas), while the out-of-focus rendering is best described as classic. Photos I’ve taken with the Elmar remind me of street photos from the 1930s and 40s, which of course were likely also taken with Elmars. 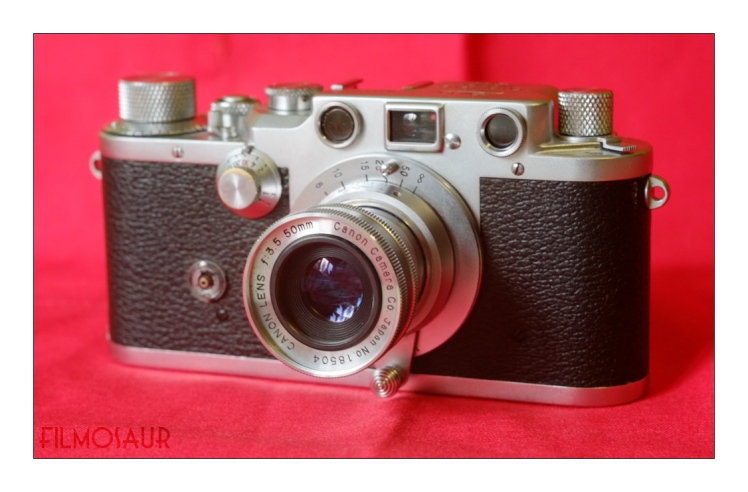 On to the Canon. Much of what is written above about the Elmar holds true for the Canon. Sharpness and vignetting performance is quite similar, though the Canon shows a bit of softening from diffraction at f/16, while the Elmar does not. If anything, the Canon is even sharper at mid-apertures than the Leitz lens. Out-of-focus transition is similar, but those areas are a bit smoother than those produced by the Elmar; definitely a different look, with the Elmar showing a bit more of a distinctive character in this regard. What is most different about the Canon, however, is the contrast and color rendering. Where the Elmar is relatively subdued in both respects, the Canon has higher contrast and more saturated color than I’ve ever encountered in 1950s vintage coated lens (uncoated lenses are a different story when it comes to color). The photos it produces feel surprisingly modern compared with those from the Elmar, or any of my other LTM 50s for that matter.

It’s rather remarkable how different the photos from these two ostensibly very similar lenses actually look, even moreso when one considers that they were produced at essentially the same time (1951 for the Elmar, 1953 for the Canon). Since the basic optical formula is identical, and the condition of both lenses is excellent, differences must be down to minor optical variations, glass, and coatings. When I found myself owning both of these, I had a suspicion that performance would be close enough that I would end up selling one or the other. As it is, they are quite different, both in use and in the photos they create, so I guess I’ll be hanging onto both of them for a while.