Some lenses are almost universally loved, others are not. Advocates of the latter tend to speak of “character” instead of more easily quantified measures like resolution, lack of distortion, and such. The Canon Serenar 50/1.9 which I recently acquired falls into the “character” category. 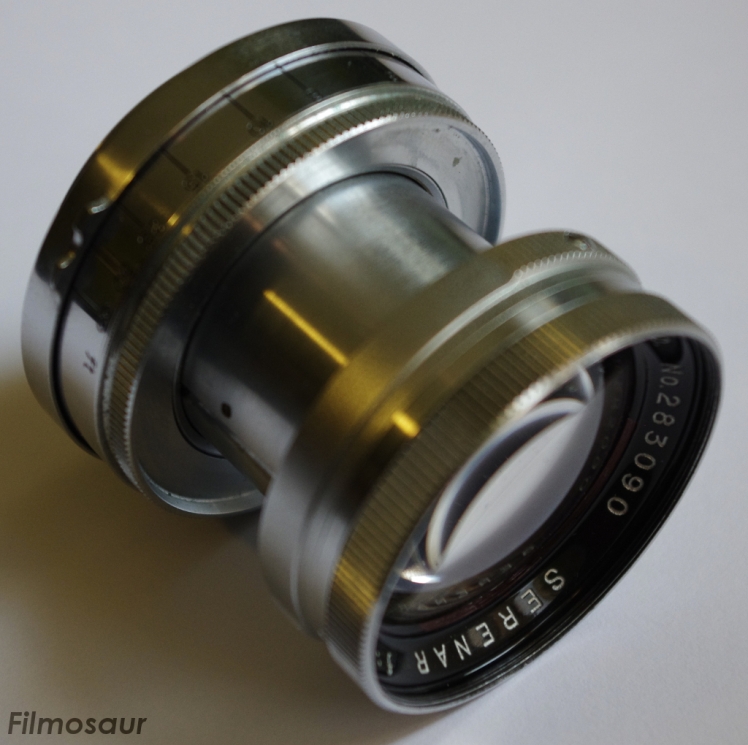 The 50/1.9 was one of the earlier Canon rangefinder lenses, and like many early efforts was largely copied from existing designs; in this case, the Leitz Summar and Summitar (both 50/2) were the inspiration. The Serenar shares the basic collapsible design of the Leica lenses. The clickless aperture scale only runs from 1.9 to 11, with a little extra beyond the 11; this, along with the round (vs. hexagonal) aperture, would seem to suggest that the lens they copied was an early Summitar that had the old-style aperture scale ending in 12.5. Pure speculation on my part, but it would appear plausible.

Based on early efforts to build faster lenses (the Summar originated in 1932), it’s not surprising that the Serenar shows its age. There’s some field curvature, the corners get pretty soft at larger apertures, and out-of-focus areas can get a little wild and swirly wide open. No one is going to mistake it for a modern lens. Stopped down, though, it’s plenty sharp across the frame.

It hasn’t shown much tendency to flare except when pointed directly at a light source, but I’m a big devotee of lens hoods for protection as well as contrast, so I planted a nice little aftermarket one on with a 40-40.5 step-up ring – no intrusion into the viewfinder, and no additional vignetting.

I’m really enjoying it so far. I love the ability to go from crazy wide open to sharp stopped down without changing lenses, and the glow it produces when opened up makes it really nice for atmospheric night street shooting. I’ve said it before and I’ll say it again: perfection is overrated.